It is very important for any city to develop is to have an efficient transportation system. A small town in the state of Rajasthan, Pushkar is known for its numerous temples and thus is very popular among pilgrims. Thousands of devotees come to this town every year to either visit the Brahma Temple or take part in the famous Pushkar Fair. Touring in Pushkar introduces tourists to the traditional lifestyle of the locals. Being a small town, it is very easy to roam around the entire place on foot or by hiring a bike (costs around Rs. 200 – Rs. 300).

Transportation in Pushkar covers all the basic modes of getting around the city. Whether you are traveling within the city or around the borders of Pushkar, the efficient transport system of the city ensures that your trip is comfortable and reasonable. 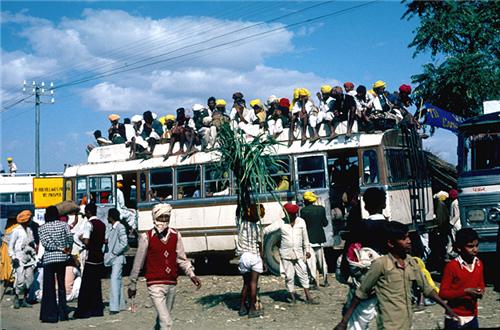 Travelling by Bus and Road

The transport system in Pushkar is maintained by Rajasthan State Road Transport Corporation (RSRTC), which connects Pushkar to all the major cities and states such as Ajmer, Delhi, Uttar Pradesh, Punjab, Haryana and so on. The government transport in Pushkar is controlled by Rajasthan Roadways, however, majority of the transport services are under private transport companies. Many buses are easily available from Pushkar to Ajmer (11 kilometers). RSRTC runs both Deluxe and Semi – Deluxe buses (A/C and non A/C) connecting Ajmer to other major cities and back to Pushkar for a very reasonable price.

Pushkar Railway Station started operating from January 2012, which connects Pushkar to the nearest largest railway station in Ajmer. The Ajmer Railway Junction is connected to all the major cities of India such as Mumbai, Delhi, Chennai, Kolkata, Bangalore, Hyderabad, Indore, Ahemdabad, Lucknow, Kanpur, Bhopal, Patnal, Cochin and Trivandrum. Super fast trains Shatabdi and Rajdhani runs daily from Ajmer. Besides these, other popular trains include Chetak Express, Bsb Express, Aravalli Express and Ali Sdah Express. The train that runs between Ajmer and Pushkar is the Ajmer – Pushkar Passenger, which operates on all days except Tuesdays and Fridays. Alternatively, one can even hire a taxi from Ajmer Railway Station and drive down to Pushkar.

The nearest airport from Pushkar is the Sanganer Airport in Jaipur. Located about a distance of 146 kilometers, Sanganer Airport is very well connected to all the major airports in India including Delhi, Udaipur, Jodhpur, Ahemdabad and Mumbai. Travelling by air is the easiest and the most convenient way of getting to Pushkar. One can easily hire a taxi from the airport or drive down to Pushkar, which is about a 2 hours drive from Jaipur.