Pushkar is one of the oldest cities in India and is known for its numerous temples. The charismatic and enigmatic environment in the city makes it a popular tourist spot among tourists from all around the world. Pushkar has a number of tourist attractions including the famous Brahma Temple and Pushkar Lake. The annual Pushkar Fair is also a major attraction that attracts more than thousands of tourists around the globe.

Most Visited Tourist Spots in Pushkar

Pushkar Lake is considered as the most sacred lake among Hindus across the country. As per the popular belief, it is said that the lake was formed when some lotus petals fell on Earth from the flower held by Lord Brahma. The lake itself is a huge miracle amidst the dry deserts of Rajasthan. It is one the most famous tourist attractions in Pushkar and is surrounded by 52 Palaces, 400 temples and 52 bathing ghats. It is believed that the lake has healing properties that can cure many skin diseases and is also known for cleansing sins. The famous Pushkar Fair is also held annually around this lake. Continue reading... 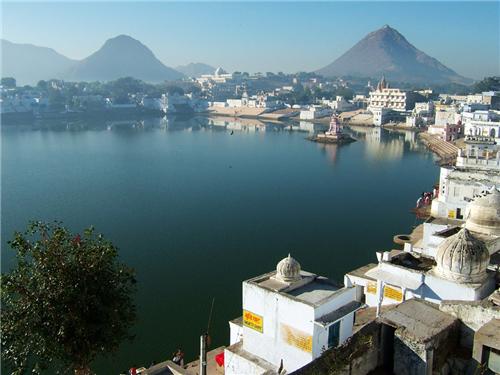 According to Hindu Mythology, it is believed that Lord Brahma is the creator of the universe. The beautiful city of Pushkar is home to only Brahma Temple in the entire world, which makes it one of the most popular tourist attractions in the country. The entire temple is made out of marble with a four-headed idol of Lord Brahma situated at the center of the temple. At the shrines’ entrance, a turtle made out of pure silver is placed with a maroon spire. The Brahma Temple is one of the main attractions of Pushkar and is visited by hundreds of tourists every month. 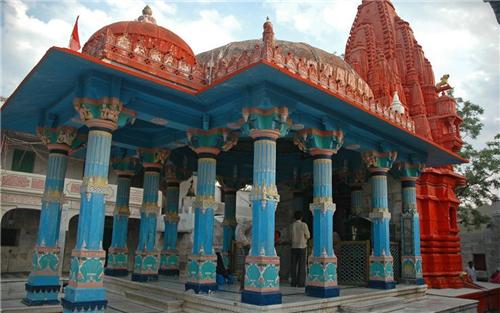 Pushkar Yoga Garden is a beautiful yoga center in Pushkar is based on the traditional ashram system of India. Pushkar with its beautiful lake, enchanting mountains and lovely rose gardens is known for its spiritual vibrations and energy. At Pushkar Yoga Garden, one can learn yoga even if they are on a short trip. The yoga center offers many beginners and advanced level courses ranging from 3 days to 30 days. 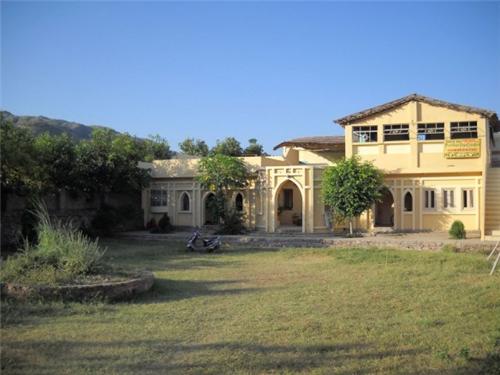 Holiday in Rajasthan cannot not completed without exploring its huge deserts. The Camel Safari in Pushkar is a great way to discover the majestic deserts of Rajasthan without worrying about getting lost in the never-ending sands. The Camel Safari is the best way to learn about the traditional life of Rajasthan and get to know the desert dwellers. The Safari can last from 2 days to 30 days depending upon the time you have. Each Safari is lead by a group of experts and professionals who skillfully guide your way through the deserts. 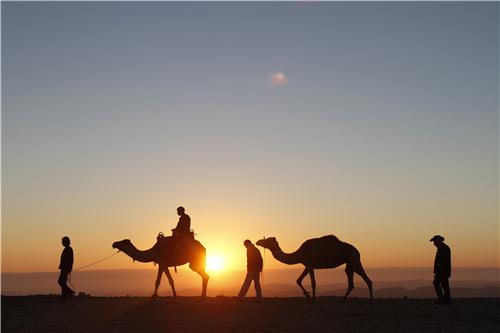 The annual Pushkar Fair is one of the most popular fairs in the entire country. Visited by both Indians and foreigners, Pushkar Fair is held once in a year during the months of October and November. The fair provides an excellent opportunity to the traders to increase their business and trade. Camel, cattle and other animals are heavily traded during the fair. A range of cultural shows and events also take place during the fair that includes puppet shows, camel races, mustache competition etc. Pushkar Fair is the best time to visit the city as the entire town is transformed into a festive show.

The Man Mahal in Pushkar boasts not only of a marvelous structure but also of great historical significance. It is one of the grand palaces of Pushkar and was initially built as a guesthouse for Raja Man Singh I, whenever he visited Pushkar. Though the palace has now been converted into a heritage hotel but it still possesses many features of Rajasthani architecture belonging to the royal era. Located to the east of Sarovar, Man Mahal is surrounded by a breathtaking view of numerous temples and the lake. The hotel is presently maintained by the Rajasthan Tourism Development Corporation and is one of the must visit spots in Pushkar. 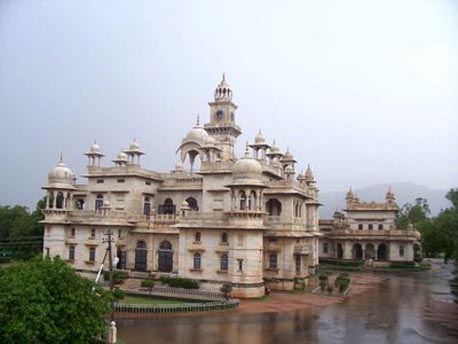 Pushkar Bazaar is a very famous market place in Pushkar that offers various ethnic and traditional Rajasthani products. Some of the popular items available in Pushkar Bazaar are embroidered clothes and shoes, traditional Rajasthani costumes, puppets, brass utensils, bags, belts, curios, decorative items and handicrafts. Most of the products sold over here are bought from the Barmer District and other areas of Rajasthan. The best time to visit this bazaar is during the Pushkar Fair when more varieties and choices are available.