Want to go on a holiday but to do not have an entire weekend to spare? Don’t worry; Pushkar has many holiday spots nearby that can be visited in just one day. Excursions from Pushkar serve as a great opportunity to visit nearby tourist destinations and get to know more about the traditions and culture of Rajasthan. Moreover, it also provides as a great way to relax after a long hectic week.

One Day Trips from Pushkar

Ajmer
Ajmer is the fifth largest city in the state of Rajasthan and is a very popular tourist destination in the country. The beautiful city of Ajmer is surrounded by the majestic Aravalli Ranges and is primarily known for the pilgrimage of the Sufi Saint, Khwaja Moinuddin Chishti. Other popular tourist attractions in Ajmer are Ana Sagar Lake, Mosque of Shah Jahan and Ajmer Museum. 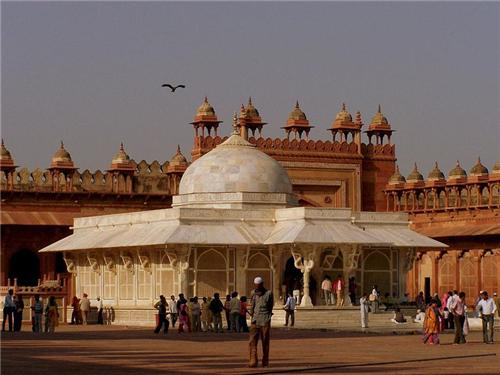 How to Reach: Buses and taxis run daily between Ajmer and Pushkar. One can even take the train – Ajmer – Pushkar Passenger, which runs on all days except Tuesdays and Fridays.
Distance: 15 kilometers
Time Taken by Road: 30 minutes

Merta
The picturesque city of Merta is known for its numerous temples, palaces and forts. Some of the most popular tourist attractions include Aurangzeb Mosque, Meera Bai Temple and Bhanwal Mata Temple. Located in the Nagaur District of Rajasthan, the city was founded about 400 years ago and was considered as an important trading post in Rajasthan. Merta was the place where the Marathas took over the Jaipur and Jodhpur armies but was shortly under the rule of Akbar in 1500’s. 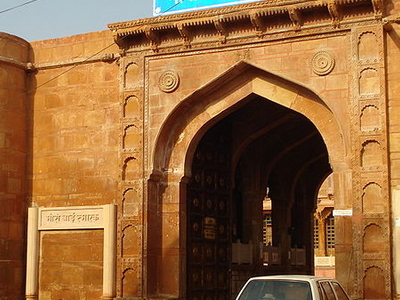 How to Reach: Buses are easily available from Pushkar. One can even hire a taxi or drive down to Merta.
Distance: 61 kilometers
Time Taken: 1 hour 10 minutes

Kishangarh
Kishangarh is a small city in the district of Ajmer and also a very popular tourist destination. The famous Kishangarh style of paintings originated from this city only. Known for its beautiful painting of Bani Thani and marbles, Kishangarh is home to the only temple of nine planets in the world. Some major tourist attractions in Kishangarh include Khoda Ganesh Ji Temple, Kishangarh Fort, Phool Mahal Palace and Gondulav Lake. 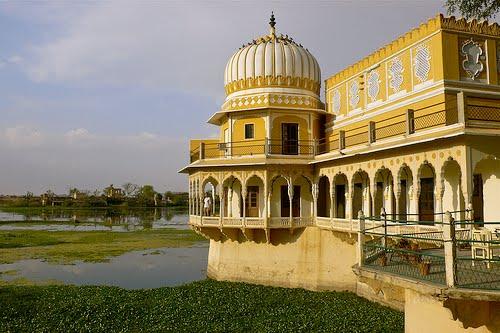 How to Reach: Buses and taxis are easily available from Pushkar. One can even take a train from Ajmer, which is a short 30 minutes ride from Pushkar.
Distance: 42 kilometers
Time Taken: 1 hour

Kuchaman
Loacted in the Nagaur District of Rajasthan, Kuchaman is famous for its many forts and havelis. Built about 1100 years ago, Kuchaman Fort is one of the major attractions in the city. Constructed by a Rathore Rule, Zalim Singh, Kuchaman Fort has been used for many Bollywood movies as well. Moreover, the fort consists of many fresco paintings on different subjects like flowers, Hindu Mythology and Motifs. Other popular attractions include Meera Mahal, Jal Mahal, Shakambhri Hill and Lok Dev Temple. 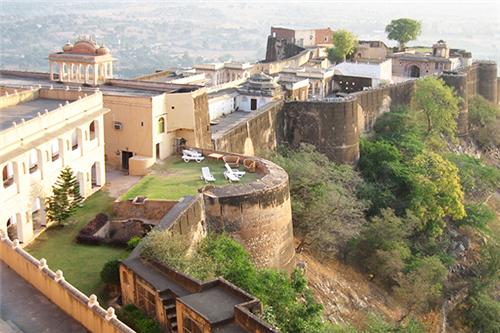 How to Reach: Buses and taxis are easily available from Pushkar. One can even take a train from Ajmer, which is a short 30 minutes ride from Pushkar.
Distance: 108 kilometers
Time Taken: 2 hours