Known as a popular religious destination in India, Pushkar has over 400 temples in the city. Each temple is associated with its own historical significance, splendid architecture and great spiritual importance. The temples in Pushkar attract many devoted pilgrims in the country as well as leisure travelers. They are also the main reason behind the development of the city. Given here are some popular temples in Pushkar. 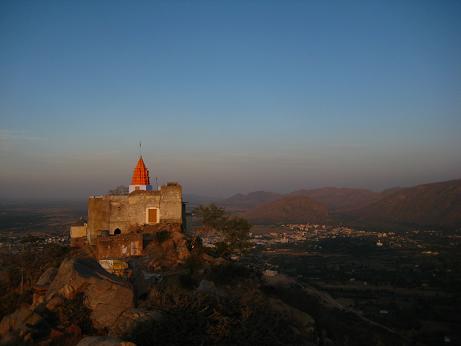 This famous and legendary temple is worth visiting in Pushkar as it is the only Brahma temple in the entire world. The intricate artwork of this temple gives you an insight about the true Rajasthani culture. The Brahma Temple can be easily recognized by its red spire and a picture of Hans (a goat that was sacred to Lord Brahma) at the entrance. The temple is made out of marble and decorated with silver coins and a turtle made out of pure silver on the floor. Due to its high religious importance, the temple is visited by hundreds of tourists every month.

This temple is dedicated to Lord Brahma’s wife and is situated atop a hill behind the Brahma Temple. Built in 1687, one has to climb a number of stairs to reach the shrine of the temple. The temple houses the idol of Goddess Savitri and gives panoramic views of the surrounding lake and mountains. According to the popular legend, it is believed that Lord Brahma wanted to perform a ‘Yagna’ with this wife, Savitri, however she kept him waiting. Lord Brahma infuriated with her behavior, married a local woman named Gayatri. Goddess Savitri became angry and cursed Lord Brahma that he will only be worshiped once a year and that also only in Pushkar. 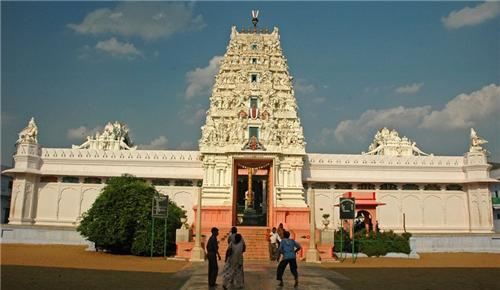 Also known as Ragnath Temple, Rangji Temple was built in 1823 and is dedicated to God Ranji, who is believed to be an incarnation of Lord Vishnu. The temple was built by Seth Puran Mal Ganeriwal and has a mixture of South Indian style architecture and Mughal architecture. Typical to South India, the temple has two big gatekeepers in front of the main building and a majestic ‘Gopuram’, meaning a large gate. The temple consists of a gold Garuda, which is a mythical bird known to be Lord Vishnu’s mount. Rangji Temple is considered as one of the holiest temples in Pushkar and attracts a number of tourists from all over the country.

Built in 19th Century, Mahadeva Temple is dedicated to Lord Shiva, who according to Hindu Mythology, is known as the Lord of Destruction. This temple is renowned for its grand structure and elegant architecture. Mahadeva Temple consists of an idol of Mahadeva with five faces, which is entirely made out of marble and is decorated with ornaments. Similar to other Hindu temples, this temple also consists of many paintings and carvings depicting important scenes from Hindu mythology. 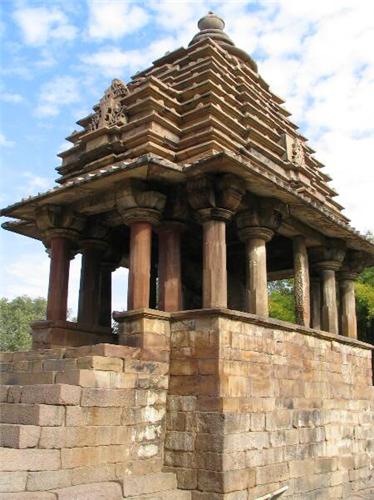 This temple is dedicated to Lord Vishnu and is considered as one of the most important temples in Pushkar. Built in the 12th Century, Varaha Temple was constructed by King Anaji Chauhan. It is believed that Lord Vishnu came to Earth in the form of a Wild Boar to destroy the demon Hirnayaksh and liberate the kingdom from his atrocities. Thus, the temple consists of an idol of Lord Vishnu in the form of a Varaha (Wild Boar) and is of great importance in the city. In 1727, despite being destroyed by Aurangzeb, Maharaja Sawai Singh of Jaipur restored it to it's former glory.

One of the oldest temples in Pushkar, Apteshwar Temple was built in 10th Century AD. It is one of the many temples that was destroyed during the reign of Aurangzeb but was rebuilt later. Dedicated to Lord Shiva, Apteshwar Temple is more of an underground shrine that consists of a Shivling situated at the center of the temple. 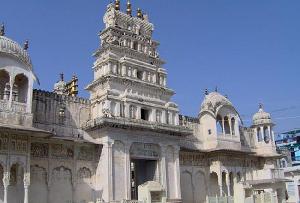 Devoted to the Goddess Ekadashi Mata, Pap Mochini Temple is said to provide respite to the devotees from their sins. In Sanskrit, ‘Pap’ means ‘Sin’. According to the popular belief, it is said that people who commit crime often come to Pap Mochini Temple to get respite from their sin. In the Indian mythological Mahabharata, Lord Krishna cursed Ashwathama to wander for three thousand years on Earth. To get respite from his sin, Ashwathama came to this temple for salvation. Located at the top of the hill, Pap Mochini Temple offers picturesque view of the lake and the mela ground.

Comments / Discussion Board - Temples in Pushkar